Conan - The Phoenix on the Sword 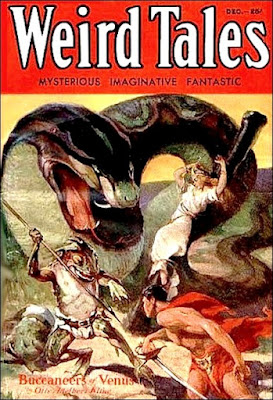 In 1929, Robert E. Howard submitted a story called "By This Axe I Rule" to magazines like Argosy, Weird Tales, and Adventure. The story starred King Kull, the hero of Howard's published story, "The Shadow Kingdom", which is arguably the grandfather of the sword-and-sorcery genre. "By This Axe I Rule" received the same cold shoulder as 10 of Howard's other Kull manuscripts. Instead of giving up on the story, Howard modified the manuscript to include a different king, a dark haired barbarian called Conan. The story was re-titled as "The Phoenix on the Sword" and published by Weird Tales in December, 1932.

The story begins with an outlaw named Ascalante formulating a plot to assassinate King Conan of Aquilonia, a country that has turned against their king due to his foreign heritage. The Rebel Four (Volmana, Gromel, Dion, Rinaldo) all feel as though they are employing Ascalante's services. In reality, Ascalante plans on betraying the killers so he can seize the crown for himself. Ascalante's ace-in-the-hole is Thoth-Amon, an evil wizard he has enslaved to do his bidding.

A number of events occur that aid King Conan in escaping the assassination. A dead sage (ghost?) appears before Conan and warns him of the plot, allowing the barbarian king to prepare for their arrival. Additionally, this dead sage singes Conan's sword with the symbol of the phoenix, a tribute to a God named Mitra. At the same time, Thoth-Amon gains back a magical ring he lost years ago. To exact revenge on Ascalate for enslaving him, he conjures a large ape-like creature to venture out to hunt and kill Ascalante. All of this culminates in a bloody and vicious fight in Conan's throne room as he battles the Rebel Four, Ascalante, and sixteen of his rogue warriors.

Obviously, there's a lot to digest over the course of this 9,000 word short story. In the manuscript's original form as "By This Axe I Rule", the magic element is absent, replaced with a simpler approach of Kull being warned of the assassination plot by a slave girl. Perhaps the story was too simple for Weird Tales editor Farnsworth Wright. Thus, Howard injects a magical pageantry to the tale, mystifying readers with political intrigue, monstrous mayhem, and a violent hero to cheer. The story is beautifully constructed with all of these moving, intricate parts blended together to create an artistic apex. This is Howard in brilliant form. "Phoenix on the Sword" is a mandatory read for any action-adventure fan. Perfection.