Clark Howard authored short-stories for digest magazines like Ellery Queen and Alfred Hitchcock. Beginning in 1967, Howard began writing full-length novels of crime-fiction and action-adventure. As a big fan of Howard's writing, I was anxious to learn that his literature has been reprinted in digital format by Mysterious Press. After reading several of his mid-career novels, I wanted to check out his first book to see how they compare. I purchased The Arm, a crime-noir novel originally published in hardcover in 1967 and then later reprinted as a Fawcett Gold Medal paperback in 1970. In 1987, the novel was adapted into a film called The Big Town starring Matt Dillon, Tommy Lee Jones and Diane Lane.

J.C. Cullen, nicknamed "Cully", is a hayseed plow boy from Evansville, Indiana. In the book's opening pages, Cully arrives at a Chicago bus terminal with a battered briefcase and a curiosity for the big city lights. You see, Cully has what the gambling industry likes to refer to as "the arm". He's a craps thrower that can seemingly control the dice and make them dance. After racking up small town money, a retired gambler named Hooker refers Cully to a gambling racket in Chi-Town. Upon arrival, Cully follows his directions to a man named Ferguson.

In a room in the back of a bar, Cully learns that Mrs. Ferguson runs a craps gambling racket. The way it works is that Cully is provided a few hundred dollars each afternoon and it is his responsibility to play that money in illegal craps games all over the city. Why does Cully need Ferguson or a racket? Because Ferguson, and her blind husband (more on him in a moment), know where all the craps games are played and they have protection from the police to look the other way. In return, Cully has free money to bet, but his take of all winnings is 20%. The Fergusons keep 70% and 10% goes to Hooker, the referral source.

After just a few nights, Cully begins winning nearly every game and soon earns thousands of dollars. While Cully is working for the Fergusons, he's free to play games on his days off. Cully begins ascending through various levels of entry and intermediate level play. Eventually, Cully begins playing at a professional level, again illegally, where his peers are just as talented as he is. With a unique method of quick mathematical deduction, Cully starts winning tens of thousands of dollars in his free time. And seriously pissing off Chicago's finest craps shooters. 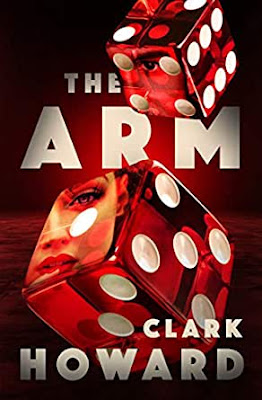 Remember Mr. Ferguson? His story is that he was once as good as Cully. But, a poor sport threw a pan of acid at him after a sizable loss. The incident burned Mr. Ferguson's eyes and permanently blinded him. The attacking player ran off and since then Mr. Ferguson has paid $100,000 to detectives and players hoping to locate him for some much needed payback. The only clue was that this man possessed a heart tattoo on his inner wrist. This ties into Cully because he meets a player that matches Mr. Ferguson's attacker. This revelation brings Cully to a crossroads - does he need favors and credit with Mr. Ferguson enough to sentence this seemingly nice player to death?

Beyond the narrative's grimy expose on backroom gambling and Cully's important decision making is...sex. Cully's fiercest rival is a man named Cole. His main squeeze is a knockout stripper named Lorry. Cully becomes infatuated with the woman and soon finds himself in a dangerous, heated affair that elevates his competition with Cole. But when she pitches a murder scheme on him, Cully must decide if Lorry's love is worth the price of murder.

If you haven't figured it out by now, I loved this book. The Arm has so many crime-fiction elements, but also ties in a familiar genre trope with illegal gambling. Clark Howard's biography stated that he loved watching the craps shooters in and around Memphis and other parts of the deep south. His affection for the game bleeds onto the pages, from the pool halls and bars to the mental dynamics of dice rolling. I found myself down the YouTube rabbit hole learning more about craps shooting and its history.

Cully's evolution from poor country boy to rich city slicker was just a real pleasure to read. Like any fish out of water story, there's the inevitable downfall. When Howard reverses Cully's fortunes, it's done in a way that is similar to the author's future literary works - violent and unrestrained. In many ways, this could be Howard's best novel. That's surprising considering it was his full-length debut.

If you love crime-fiction or just an abstract rags to riches story, The Arm delivers in spades. It's probably one of the better books I've read this year. I urge you to track down a used paperback or just snag the affordable digital version. You won't regret it.