Conan - The Tower of the Elephant 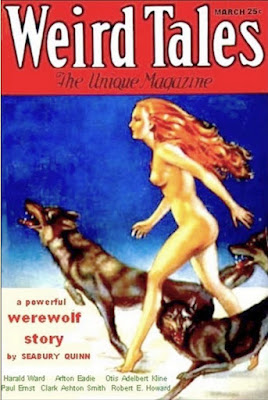 Robert E. Howard scholars typically cite “The Tower of the Elephant” as the best representation of Conan the Cimmerian literature. The story first appeared in the March 1933 issue of Weird Tales. It later appeared in the 1946 Arkham collection Skull-Face and Others, the 1953 Gnome Press hardcover The Coming of Conan, the 1968 Lancer paperback Conan, and a 1975 hardcover collection by Donald Grant simply titled The Tower of the Elephant. It was adapted into comic form three times, Conan the Barbarian #4, Savage Sword of Conan #24, and Conan #20-22.

The story begins with a young Conan arriving in Arenjun, the “City of Thieves”. It’s in this city that he overhears a conversation involving some drunk men talking about theft and coveted wealth. A boisterous Kothian mentions a place called The Tower of the Elephant, and the impossibility of ever robbing it of its vast riches. Conan, who loves a sparring challenge, disputes the notion, matching wits with the Kothian over the possibility. Agitated with the conversation, a candle is extinguished and Conan quickly kills the loud-mouthed Kothian under cover of darkness. Challenge accepted - rob the Tower of the Elephant!

At night, Conan begins his attempt to climb the smooth-walled tower. He finds that the structure itself is surrounded by rings of thick shrubbery, like a grassy moat. Surprisingly, another thief, a seasoned pro named Taurus, “Prince of Thieves”, has the same plan to infiltrate the tower and runs into Conan. Taurus kills deadly, fierce lions with poison gas and Conan strangles one of the guards. Using a grappling hook, both Taurus and Conan ascend the tower and enter through a window. It’s here that Taurus is somehow poisoned in a doorway, and Conan finds an alien being named Yag-kosha. This alien explains to Conan that he became imprisoned in the tower by an evil sorcerer named Yara. For Conan to capture the riches, and a famed ruby elephant heart, he must contend with the sorcerer, a giant, hideous spider, and figure out a way to free Yag-kosha.

Howard’s endless imagination just flows onto the page with this wild, action-packed adventure. It quickly pulls you into the story with just a few opening paragraphs. The author's prose is just so smooth and stimulating, providing excellent plot development and pacing.

Considering this is a tale concerning a savage, alpha male, Howard is still able to create a colorful, cautionary tale about greed and its effect on the human condition. Metaphorically, Yag-kosha could be the billionaire trapped by his own wealth. Or the idea that the upper class is a very ugly thing. Conan’s role as the anti-hero, purely a rouge scoundrel that's self-serving, justly receives his comeuppance. Regardless of its social, not-so-preachy commentary, "The Tower of the Elephant" is an enjoyable, rousing pulp sword-and-sorcery tale that lives up to its long-lasting legacy. It doesn’t get much better than this. Highly recommended.