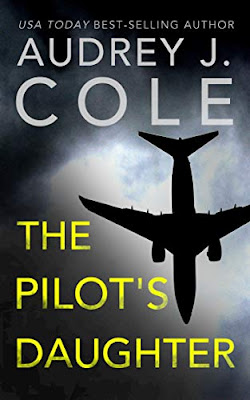 Audrey J. Cole in a former nurse and current contemporary thriller writer living in the Pacific Northwest. Reviews for her 2021 aviation hijacking potboiler were universally favorable, and the Kindle sample sucked me into the story.

An aircraft cleaner is blackmailed into stashing a package containing a handgun onto a Seattle aircraft bound for Honolulu. Eventually, the hijacking occurs, and the terrorist’s demands are different than the ones we’ve seen before. Leave it at that as I don’t want to spoil it for you.

We also meet a bunch of the passengers, including a spoiled socialite and a homicide detective. The action unfolds in the air with an awesome fight scene and close-up gun-fighting, resulting in the deaths of the pilots and the need for someone to fly and land the plane in Hawaii.

Cora is a recent widow who is on the flight to Honolulu. She’s en route to American Samoa to attend a ceremony honoring her dead husband who recently perished in a helicopter crash while doing relief work. We quickly learn that her dad was a pilot, so the title of the novel gives it away that she’s an important character.

As information about the terrorists comes to light, it becomes clear that the reader’s assumptions about the motives and ideologies is a barrel of red herrings. Not every passenger is who they claim to be, and the surprises and twists are doled out slowly over the course of the terrorist-adventure-mystery.

The adventure story of getting the plane safely on the ground — allowing the main characters to find romance on Earth — was genuinely exciting and worth your time. However, the real agenda of the hijackers was a major let-down and required a suspension of disbelief that made me question if the author really stuck the landing.

Overall, The Pilot’s Daughter is a well-written aviation adventure by an author worth discovering. If you don’t take it too seriously, you’ll probably have a lot of fun reading it.