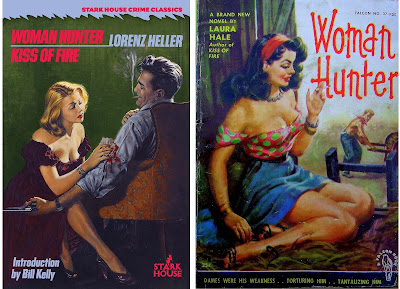 Marty Doyle is a boxer who is hiding out in a fleabag apartment in Newark, New Jersey. A couple days earlier, he was supposed to take a dive in the ring but failed to do so. Now he has a pissed off mobster looking for his head, and the only thing that can make it square is to reimburse the mobster the $15,000 he lost betting on the fight.

Marty’s manager is an old-timer named Chuffy who knows a thing or two about both sides of the law. Chuffy wants to pay the mobster the fifteen grand to get Marty back in the ring and working toward a lucrative title shot. Chuffy doesn’t have many marketable skills, but he’s really, really good with guns.

Through his own underworld connections, Chuffy falls in with a heist crew looking to pull a big-money armored car job and lands Marty a gig as the getaway driver. The catch is that Chuffy and Marty need to hide out with the other crew members in a remote cabin before the job, so nothing goes sideways with any of the human resources.

As an author, Heller always puts a lot of energy into fully developing his characters. It was important to him that the reader understands everyone’s motivations. In a 180-page paperback, that can come at the expense of plot and action. That’s the problem with Woman Hunter. The set-up is super-interesting, but it quickly devolves into too much soapy romantic drama. A violent gun-filled conclusion was unable to save this snooze of a novel.

I stand by my assertion that Lorenz Heller is an unsung hero of crime fiction from the paperback-original era, but Woman Hunter isn’t the top-of-the-heap. Stark House is to be commended by bringing Heller’s work back to life, but this one can be safely skipped.